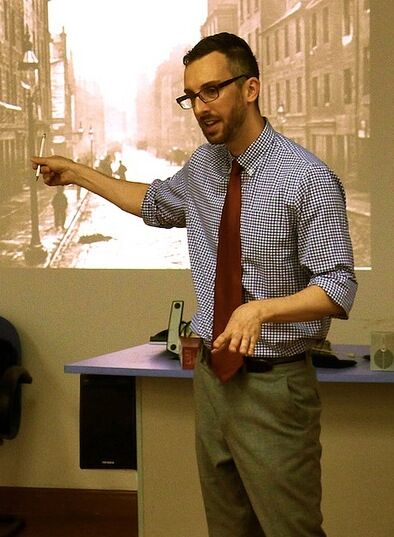 Professor Kaiser specializes in nineteenth-century British literature and culture, gender and sexuality studies, LGBTQ+ literatures, and cognitive and neurodiversity studies. After receiving his doctorate in Literatures in English from Rutgers University in 2004, Professor Kaiser taught Victorian literature and culture at Harvard University for eight years (2005– 13), first as Assistant Professor, then, after 2010, as Associate Professor, receiving two teaching awards, the Roslyn Abramson Award and the Petra Shattuck Award. He has been a Visiting Professor at two universities in China: Fudan University (2012) and Shanghai International Studies University (2013).

Professor Kaiser is the author of The World in Play: Portraits of a Victorian Concept (Stanford UP, 2012), the translator of Leopold von Sacher-Masoch’s German-language novel Venus in Furs (2017), and the editor of seven books, including Alan Dale’s A Marriage Below Zero (2011), the two-volume anthology Crime and Horror in Victorian Literature and Culture (2010, 2012, 2018), and Philip Meadows Taylor’s Anglo-Indian novel Confessions of a Thug (2012). Most recently, he has edited two books: a collection of essayistic writings by Robert Louis Stevenson titled An Apology for Idlers and Other Essays (Cognella, 2018) and A Cultural History of Comedy in the Age of Empire, 1800–1920 (Bloomsbury, forthcoming in 2020). His scholarly writings have appeared in numerous journals and essay collections, including in Victorian Literature and Culture, English Literary History, Victorian Studies, and New Literary History, among others. In 2012, he was awarded the Donald Gray Prize for his article “Pater’s Mouth” by the North American Victorian Studies Association, becoming the youngest (and first untenured) recipient of this prestigious award. In 2013, he was named an External Faculty Fellow at the Stanford Humanities Center (2013– 14). He is currently at work on two monographs: Reading Dickens in a Neurodiverse World and Anatomy of History: Cognitive Neuroscience and the Victorian Sense of the Past.