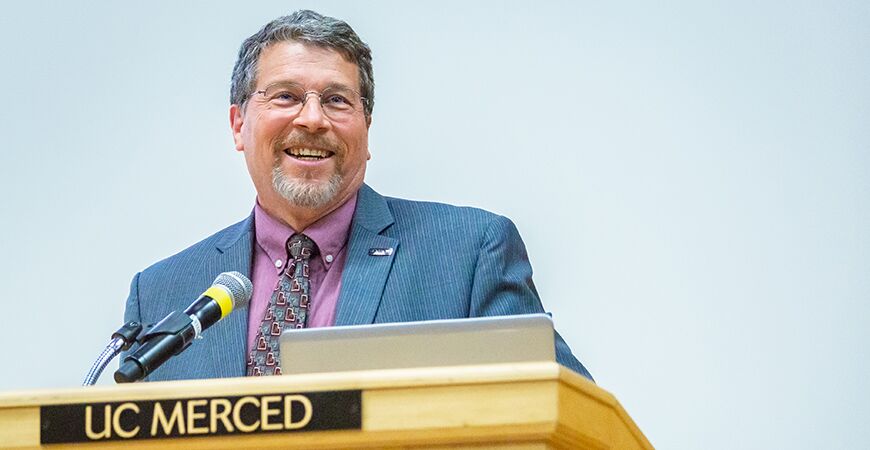 Professor Camfield is Provost and Executive Vice Chancellor of UC Merced, after serving as Vice Provost for Faculty for four years. Professor Camfield earned his bachelor's degree from Brown University and his Ph.D. from UC Berkeley. He has published extensively on American literature and culture, from 18th-century poet and propagandist Joel Barlow to contemporary video humor. He is best known for his work on Mark Twain, having published twenty-two articles and reviews, parts of two websites, a museum exhibit and two books—Sentimental Twain: Samuel Clemens in the Maze of Moral Philosophy (U of Penn P, 1994) and The Oxford Companion to Mark Twain (2003)—on America's most influential satirist. He is also the editor of the Bedford Adventures of Huckleberry Finn (2008). Professor Camfield’s book on American humor, Necessary Madness: The Humor of Domesticity in Nineteenth-Century American Literature (Oxford UP, 1997), contains one of the first efforts to incorporate contemporary neuroscience into literary theory.