May 20, 2020
She will use skills learned in her English major and in the Yosemite Leadership Program 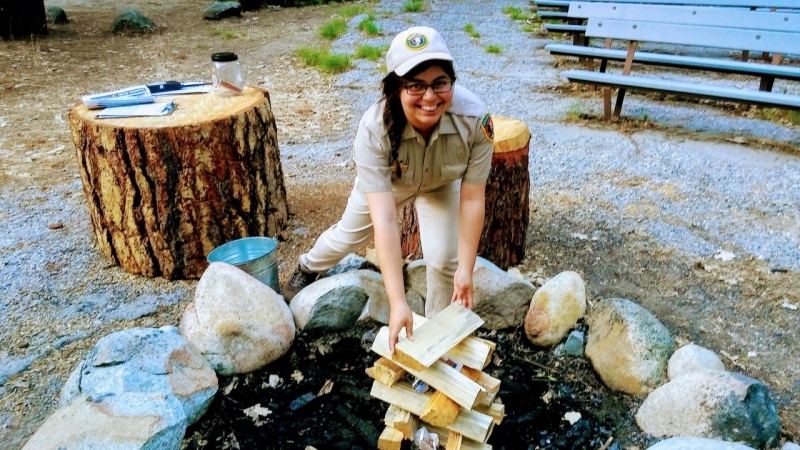 Xotchitl Marisol Garibay, also known as Cece, began a new job with the National Park Service as an interpretive ranger for Golden Gate National Recreation Area in Spring 2020. She recieved her BA in English from University of California, Merced in 2019. While at UC Merced, Xotchitl was involved in the Yosemite Leadership Program, and worked for the Vernal Pools literary magazine and the Undergraduate Research Journal. Her experience in the English major and in these activies gave her the passion for nature and the communication skills needed to succeed in this exciting job, where she will be teaching visitors to the park about the area and the importance of preserving the natural world.

Originally from the San Fernando Valley, Xochitl found her passion for spreading awareness of the natural world through her writing and reading. She interned as an Interpretive Ranger in Yosemite. Her interests in the environment, Native American folklore and Aztec mythology are the driving inspirations for her future endeavors, and were central to the senior thesis project she wrote as part of her English major in Fall 2018.

She chooses to live her life compassionately with the mantra that "when we try to pick out anything by itself, we find it hitched to everything else in the universe" (John Muir). After serving with the Americorps program, City Year, in Sacramento, she is ecstatic to be joining the National Park Service, and representing UC Merced English majors in this new position.

Xochitl shared this picture with us, explaing that it was taken in the summer after her first year at UC Merced during the Yosemite Leadership Program Internship:

"I was an Interpretation Intern (so glad that my job from then is now official!). This was taken during my first solo campfire talk, which I wrote about in my senior thesis. It focused on native stories and oral retelling of them. This internship meant the world to me as it came at a time where I felt the weight of the world on my shoulders after having a series of unfortunate events that I had no control over and put me at risk of academic dismissal. Being there and fighting my case as to why I deserved to stay helped me grow substantially into the person I am today and I attribute all of this to being given a chance to prove that I deserved to be at UC Merced, and discovering a career path that I knew I wanted to pursue."

We are proud of you, Ranger Xochitl!

Her interests in the environment, Native American folklore and Aztec mythology are the driving inspirations for her future endeavors, and were central to the senior thesis project she wrote as part of her English major in Fall 2018.